This is a re-post of an article that I published in October, 2015 …

“A number of players in the Podcasting and advertising industries are making bets on programmatic Ad delivery — dynamically inserting Ads into a Podcast as the episode is downloaded. It’s an understandable temptation, but we at Midroll see some tradeoffs.”

I wonder how networks will handle potential perceived Loudness inconsistencies between produced Ads and new or preexisting programs? 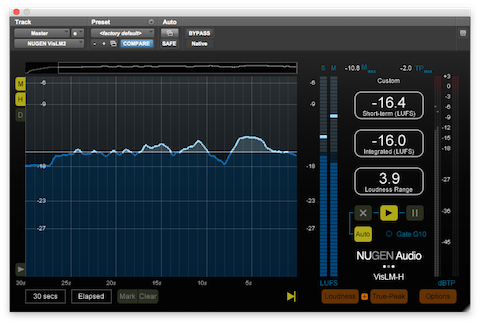 I’ve mentioned my past affiliation with IT Conversations and The Conversations Network, where I was the lead post audio engineer from 2005-2012. Executive Director Doug Kaye built a proprietary content management system and infrastructure that included an automated component based Show Assembly System. Audio components were essentially audio clips (Intros, Outros, Ads, Credits. etc.) combined server side into Podcasts in preparation for distribution.

One key element in this implementation was the establishment of perceived Loudness consistency across all submitted audio components. This was accomplished by standardizing an average Loudness Target using a proprietary software RMS Normalizer to process all server side audio components prior to assembly. (Loudness Normalization is now the recommended process for Integrated Loudness targeting and consistency).

Due to this consistency, all distributed Podcasts were perceptually equal with regard to Integrated or Program Loudness upon playback. This was for the benefit of the listener, removing the potential need to make constant playback volume adjustments within a single program and throughout all programs distributed on the network.

Regarding Programmatic Ad insertion, I have yet to come across a Podcast Network that clearly states a set Integrated Loudness Target for submitted programs. (A Maximum True Peak requirement is equally important. However this descriptor has no effect on perceptual Loudness consistency).

Due to the absence of any suggested internal network guidelines or any form of standardized Loudness Normalization, dynamic Ad insertion has the potential to ruin the perceptual consistency within single programs and throughout the contents of an entire network.

Many conscientious independent producers have embraced the credible -16.0 LUFS Integrated Loudness Target for stereo Internet/ Mobile/Podcast audio distribution (the perceptual equivalent for mono distribution is -19.0 LUFS). It’s far from a requirement, and nothing more than a suggested guideline.

My hope is Podcast Networks will begin to recognize the advantages of standardization and consider the adoption of the -16.0 LUFS Integrated Loudness Target. Dynamically inserted Ads must be perceptually equal to the parent program. Without a standardized and pre-disclosed Integrated Loudness Target, it will be near impossible to establish any level of distribution consistency.